It’s the time of year to reflect on what we’ve done and where we’re going but the problem with reflections is they’re rarely shared or documented. There’s a good reason for that … too often we just can’t be bothered or don’t feel we have the time. Too many teachers work from their own gut-feelings about what’s working and what’s not without documenting, using data or sharing with colleagues. In my country, it’s compulsory for teachers to reflect and document the improvements they are making to their practice but that doesn’t mean teachers don’t procrastinate and leave documenting their practice until the last minute before it’s viewed. In 2017, I solved this procrastination problem for myself and others. 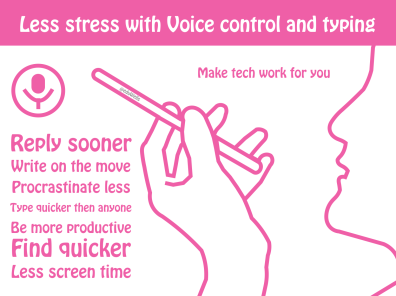 Not a new technology but towards the start of the year, I reflected on how much I was using Siri on my phone to find music phone people and send text messages, but I was also shown Google Doc’s built in Voice Typing and this changed everything. After a week or so giving it a good go, I started to realise just how much effort typing demands. Although a daily experience for most, to transfer words into spellings and then consider where the relevant keys are, actually demands much of our brains and it’s a workload we often put off. Both Google and Apple systems (and Microsoft but I haven’t tried it yet) all have voice typing and control built in with all three companies having strong plans to make voice a primary interface during the next decade. I wrote a full post on my experience and thoughts in July but here’s the short version of benefits:

In the southern hemisphere, December marks the beginning of summer and the end of the school year. The end of any school year prompts most teachers to imagine how school might be different the following year. The problem for many schools is the undeniable truth that you’ll essentially have the same staff, buildings, and resources for the next school year and truely offering a new experience can seem out of reach to most. This is also a problem another not-new technology partially solved for me this year.

I wrote a two posts this year in April and August about how VR was not just another edTech toy and that the immersive experience it creates as it transports students to new places and worlds was unlike any tech I’d seen in a classroom. For the price of one 3D printer, I could setup any classroom to transform into a new space that students could walk around and interact with. When I saw a shy 15-year-old girl, on her hands and knees in a standard classroom, fearing she might fall off the edge and plunge into the Grand Canyon, I knew this technology offered experiences that could illicit emotional responses in a way no other tech can. I also discussed well-being, story-telling, science, and art/design project possibilities unobtainable without VR. Virtual Reality is definitely a game changer for us and we will have more than one set by the end of 2018 but I will be making a point of having the students in control of it’s use as much as I can. It would be best if VR was not just seen as another substitution for normal practice. Let the children’s imagination and creativity run wild in these new spaces!